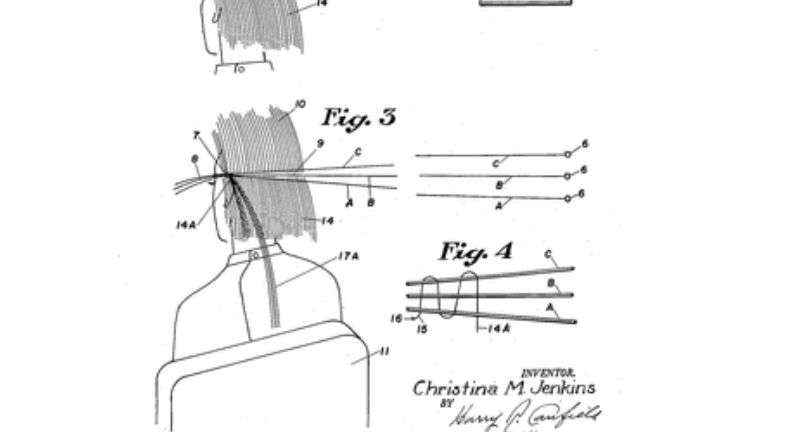 Christina M Jenkins is an African American lady who popularised the sew-in weaves. She invented the “hair weeve” technique & received a patent for it in 1951. She graduated from Leland College near Baton Rouge with a degree in science in 1943. It is important to note that she did not invent the wig as people have been wearing wigs for thousands of years, however, she developed the process of sewing the wig to the scalp. Prior to this, people were using pins to secure the wigs to their scalps.

How did she start making the sew-in weaves?
Christina M. Jenkins worked at a wig manufacturing company in Chicago and later she began working on her invention in how commercial hair can be sewn with a person’s natural hair to add extra length & body. She tackled the problem of wigs not fitting securely onto a customer’s scalp. In 1951, she filed a patent for her HairWeev technique which was granted in 1952. See sample image from the patent US2621663

Christina’s Hair Technique
According to Our Everyday Life:

This method entailed sewing locks of hair on netting and braiding hair in cornrows. Once the hair was sewn on the netting, the netting was attached to the cornrows in the hair. After all of the steps had been followed, like most synthetic hairpieces of the time, the finished products looked fake and bulky.

It is important to note that her invention paved the way for improved methods of the sew-in weave. She taught her hair weaving techniques at hair shows across Europe. She also owned & operated her Christina’s HairWeeve Penthouse Salon in Cleveland until 1933. However, in unfortunate litigation in 1965, her patent was rendered invalid. Despite this, she is still one of the greatest contributors to cosmetology history. 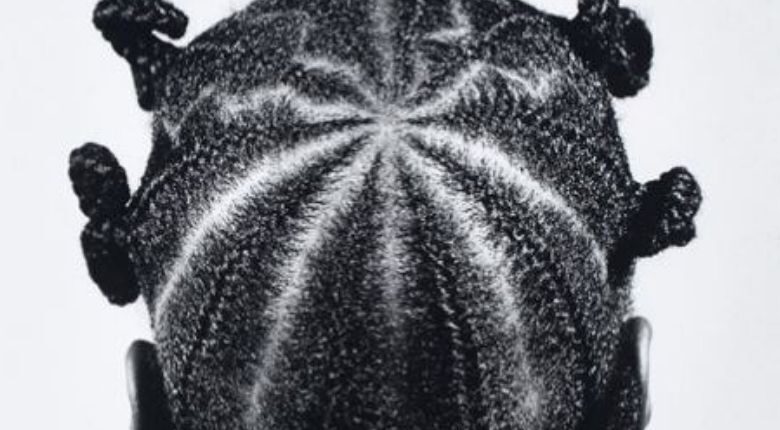 View all posts by Joie → Discover hair tips, hair tricks as well as how-tos on growing your Nigerian hair long & healthy even to waist length..